Welcome to Sydney! This is New South Wales' state capital. Located on the Tasman Sea on Australia's south-east coast, Sydney is Australia's most populous city and it is a real treat for tourists and newcomers alike. In 1788, it was established as a penal colony on the site of Australia's first British colony. Visitors will find this city brimming with rich history and culture. Sydney is the largest and the oldest city in the country as well as being the most cosmopolitan.

The Harbour City is known as one of the most beautiful and liveable cities in the entire world. So, what are you waiting for?

When you first arrive, you may need to find temporary accommodation such as; hotels, motels or serviced apartments, which can be found all over Sydney.

There are always apartments available to rent in Sydney with prices varying depending on size and location. If you wish to rent an apartment try sites like realestate.com.au for a long term arrangement.

Hotels in Sydney vary in price depending on their star rating, similar to hotels in Ireland. Cheap hostel accommodation is also available, which is ideal for those searching for budget accommodation. There are plenty of hostels in Sydney like Jackaroo Hostel, Sydney Harbour YHA and Big Hostel all of which are highly recommended on Trip Advisor. As well as this you can compare hotels and hostels to see which one best suit your needs! Overall Sydney hostels tend to be good value and perfect for those looking to explore in an inexpensive fashion.

Things to do in Sydney, Australia

Visitors to Sydney will have to visit the Sydney Harbour Bridge. The Bridge officially opened in 1932 and is one of Australia's most photographed and well-known landmarks. It is the world's largest (but not the longest) steel arch bridge with the top of the bridge standing 134 metres above the harbour. The Sydney Harbour Bridge is known locally as "The Coathanger" because of its arch-based design. The Sydney Harbour Bridge climb is very popular among tourist and locals. Since 1998, it is possible to legally climb the southern half of the bridge. Tours run daily. For more information on the Sydney Bridge Climb please go to http://www.bridgeclimb.com/

The Sydney Opera House, which is a multi-venue performing arts centre, is one of the most iconic symbols of Sydney. It is located on Bennelong Point in Sydney Harbour close to Sydney Harbour Bridge. The Opera House is a must-see for visitors to Sydney!

Situated in the suburb of Mosman on the shores of Sydney Harbour you will find Taronga Zoo. This zoo opened its doors officially in 1916. Home to 2,600 animals of 340 different species it is a very popular Sydney family attraction.

The Rocks is a very popular and historic part of Sydney. It is located close to Circular Quay (Sydney Cove), which is the site of Australia's first European settlement in 1788.

The Museum of Sydney is a very popular museum to visit. You will find it on the site of Sydney's First Government House. It was built on the ruins of the house of New South Wales' first Governor, Arthur Phillip.

A trip to Sydney wouldn't be the same without visiting the Koala Park Sanctuary. This Wildlife Park is situated at West Pennant Hills. It is world renowned for its amazing collection of koalas. As well as the large numbers of koalas here you will also see all of the other animals who are also housed in the Park including, kangaroos, dingoes, wombats and emus.

A tour of Fort Denison or Pinchgut Island as it is colloquially known is a great treat for visitors to Sydney. This former defensive facility, which is located on a small island north east of Sydney's Royal Botanic Gardens houses a museum as well as containing an impressive exhibition, which chronicles the history of Fort Denison all the way back to Aboriginal times.

Situated on Observatory Hill the Sydney Observatory is an incredible place to visit. This Sydney landmark evolved from a fort that was built on Windmill Hill in the early 19th Century before becoming an astronomical observatory during the 19th century. Visitors will enjoy exploring this working museum where you will be able to observe the planets and the stars.

When you are here you might be able to use the Refractor Telescope (29cm) which is one of Australia's most historic telescopes. Built in 1874, it is Australia's oldest telescopes and it remains in regular use event to this day.

Bondi Beach is synonymous with Sydney and it is one attraction you won't want to miss when you are here. Bondi Beach is very popular among Irish travellers. Sydney beaches are breath-taking and this particular beach is very popular with surfers and it is referred to as a beach lover's paradise. Many activities take place on Bondi Beach including weekly markets, which take place every Sunday. Irish and British tourists normally spend Christmas Day at the beach.

Luna Park is Sydney's famous amusement park. Luna Park is located at Milsons Point, on the northern shore of Sydney Harbour. It is considered one of Sydney's iconic attractions and well worth a visit! 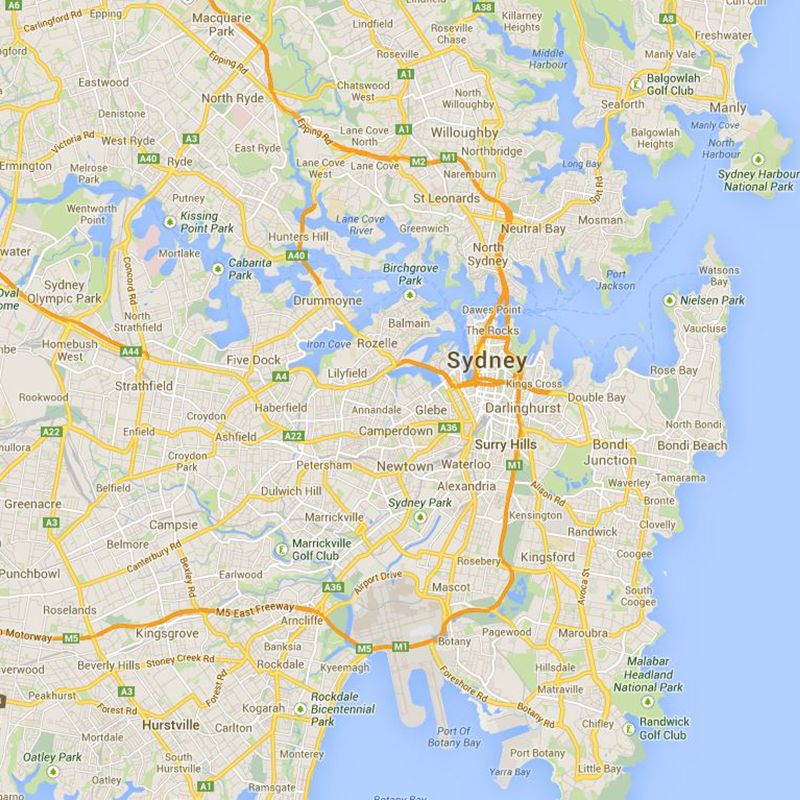 Sydney generally has a temperate climate. Tourists who visit in the summer can expect warm summers while winters are quite mild. January is Sydney's warmest month while July is known to be the coldest month where you will see an average range of 8 to 16.3 degrees Celsius. The winter months rarely go under 5 degrees Celsius.

Sydney is where some of Australia's largest cultural and social events take place. With such a diverse mix of events you will be spoiled for choice all year round!

Here are just a few of the festivals that happen throughout the year;

Australia's Big Day Out is an annual rock music festival that is held across Australia in five major cities: Sydney, Gold Coast, Adelaide, Melbourne and Perth. The Festival usually runs at the end of January for an entire day.

Sculpture by the Sea:

Sculpture by the Sea is held at Bondi beach in Sydney. Spectators can enjoy Australia's largest outdoor sculpture exhibition which is a must for any visitor to Sydney.

If you enjoy cycling, Sydney is the city for you. Cyclists are generally allowed anywhere on Sydney's roads. However, the city centre isn't really cyclist friendly. But if you are searching for a quieter route, make your way to the Sydney Olympic Park where you can try some of Sydney's incredible off-road trails.

Sydney falls in the Australian Eastern Daylight Time (AEDT). This means that Sydney is 11 hours ahead of Greenwich Mean Time (GMT).

With a rich cultural heritage, Sydney is one Australian city that has it all. Visitors to this city will have the opportunity of exploring some of Sydney's top museums and art galleries. Sydney is the home to some very popular museums including the Australian National Maritime Museum and Art Gallery New South Wales.

Sport plays an integral part in this famous city and this can clearly be seen by Sydney's strong presence in Australia's four major football codes. However, soccer is by far the most popular sport in Sydney. During the summer months cricket takes over as the Ashes between two great rivals– Australia and England takes place. There are so many sporting events which play a magnificent role in strengthening Sydney's culture. Some events you should check out are the Golden Slipper Horse Race and the Sydney to Hobart Yacht Race.

Sydney's currency is the Australian Dollar.

For comprehensive information on Sydney and its surrounding areas as well as things to see and do in this lively city, a trip to the Sydney Visitor Centre at The Rock is recommended. A visitor Service Advisor will be on hand to assist you with your Sydney adventure. Brochures and maps are available.

There is an Information Centre located at Darling Harbour. Whether you're popping in for a chat or simply grabbing a map of Sydney, the advisors are happy to help you in any way they can.