You can't visit Australia without a trip to Melbourne! Located on the southeast coast of Australia, the city of Melbourne is a joy to visit anytime of the year. Here in Australia's second largest city, in the south-eastern state of Victoria, visitors will find that there is so much to see and do! From beautiful beaches, wildlife and zoos to theatre and rich culture, Melbourne has something for everyone! Voted the most livable city in the world 3 years in a row, come and see why when you visit Melbourne!

Living in Melbourne – Places to Stay

Upon first arriving in Melbourne, you may need to find temporary accommodation. Melbourne offers a range of options such as hotels, motels and serviced apartments. You can find a place to rent short term until you find the place you want to live.

Cheap accommodation is also widely available. Hostels in Melbourne, such as Melbourne Central YHA, Urban Central and Space Hostel come highly rated by Trip Advisor. Hotels such as the Pensione Hotel Melbourne can be affordable for a short stay at the start of your adventure. This particular hotel describes itself as an affordable hotel for budget travellers.

While some people want cheap accommodation for a short visit, others choose to stay for a longer period and rent apartments in Melbourne. Apartments to rent in Melbourne can vary in price depending on location or the different criteria you require, for example; whether or not you'd like a serviced apartment or a holiday apartment. Searching for Melbourne apartments is made easy with sites like; realestate.com.au and Gumtree.com.au. Last minute accommodation can be sourced from websites such as lastminute.com.au, if you find yourself stuck for somewhere to stay.

Melbourne International Airport is approximately 25 kilometres northwest from the Melbourne Central Business District. The SkyBus offers an express bus service between the airport and city centre. Taxis are available on your arrival or if you'd prefer, car hire in Melbourne Airport is also available.

Things to do in Melbourne, Australia

Experience the Culture in Melbourne

When you visit Melbourne you will see it as the cultural hub of Australia with some of the country's best festivals, musicals, art and architecture. Melbourne was the birthplace of Aussie Rules Football, Australian Television and Film as well as being the home to the oldest and largest art museum – the National Gallery of Victoria.

Street culture is alive and well in Melbourne. Visitors can discover Melbourne's maze of artistic alleys and art-laden laneways.

Sport and the city of Melbourne go hand in hand. The first Summer Olympic Games to be staged outside of Europe was held in the city in 1956. On an annual basis, Melbourne welcomes two major sporting events – the Australian Open and the Australian Grand Prix.

Choose any night of the week to indulge in Melbourne's local and international operas, ballet, comedy, live music, plays and performing arts.

So whether you're into music, art or theatre, Melbourne has something for you!

From its spectacular clubs where the party never stops, its stylish rooftop bars with incredible views of the city and its live music scene, you will find a wealth of places here to socialise or dance the night away. Popular spots include Little Bourke street and the Crown Complex in Southbank.

Here's only a taste of some of Melbourne's tourist attractions;

Old Melbourne Gaol
Located on Russell Street, Old Melbourne Gaol is a fantastic Melbourne attraction to visit. It is a former prison which today houses an impressive museum, which chronicles the history of this fascinating building. Old Melbourne Gaol housed and executed some of Australia's most notorious criminals including Ned Kelly and the serial killer, Frederick Bailey Deeming.

Royal Botanic Gardens
The Royal Botanic Gardens are beautifully situated on the banks of the Yarra River. A great way to unwind, make sure you stroll through these internationally acclaimed botanical gardens, it's an opportunity not to be missed. You will be able to explore at least 38 hectares of manicured gardens and lawns consisting of exotic and native vegetation. Entry to the gardens is free of charge and opens daily from 7.30a.m to sunset.

Shrine of Remembrance
The Shrine of Remembrance in Kings Domain on St. Kilda Road was initially built to commemorate the lives of the Australian men and women of Victoria who took part in the First World War. But today it is a memorial that is dedicated to every Australian who has served Australia in any armed conflicts, or in efforts of peacekeeping throughout the nation's history. During 2013 and 2014 it will be undergoing major redevelopment but should be functioning normally by late 2014.

Great Ocean Road
One of Australia's most scenic drives, the Great Ocean Road is a magnificent three-day self-drive touring route from surf capital Torquay to the famous 12 Apostles, ending at the historic fishing village of Port Fairy. Starting from Melbourne, it's an easy drive taking you along cliff tops and surf beaches and through lush rainforest. Along the way, spot koalas, kangaroos and even whales, zip-line your way through a treetop canopy, climb to the peak of a volcanic crater, and relax in one of the many beach and Cliffside restaurants.

Melbourne Zoo
There are over 320 species from around the world in the beautifully landscaped settings of Melbourne Zoo, just five minutes north of the city centre. It is just one out of many very popular Melbourne attractions suitable for all ages! Take a stroll through Asian and African rainforests, where tigers roam through the trees and monkeys swing from the branches. See the beautiful orang-utans in their elevated exhibit. Explore the award-winning Trail of the Elephants or view koalas, platypus, kangaroos, wombats and other unique native wildlife in an Australian bush setting.

Eureka Tower
Eureka Tower is a staggering 975 ft. skyscraper located in the Southbank precinct of Melbourne and is a must see for any visitor. 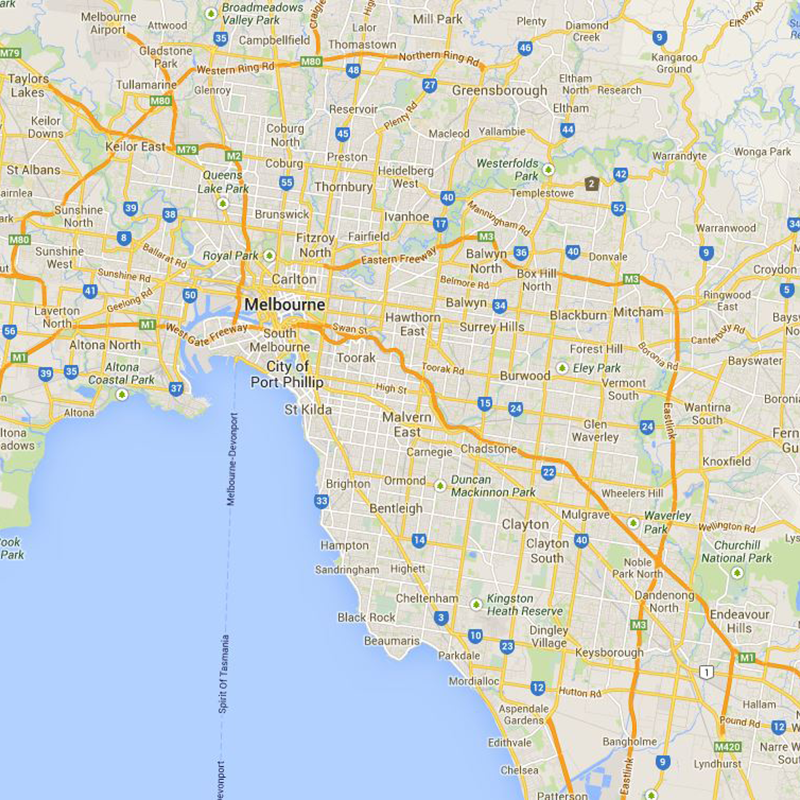 Melbourne is home to numerous international sports and cultural events which means plenty of short-term employment opportunities, especially over the summer. There are also opportunities for short term employment across regional Victoria during the fruit harvesting season. Long term, there are often positions available in the banking, finance, nursing, hospitality and teaching sectors.

Car rental
Visitors can rent a car and experience Melbourne on the road! For more information on car rental in Melbourne check out companies like: A1 Car Rentals, Hertz or Melbourne Car Rental.

Trams
Melbourne's Public Transport System makes it very easy to get around. Why not enjoy a trip on one of the many tram lines? The tram is Melbourne's trademark public transport system.

By Foot
Walking is a fantastic way of getting around Melbourne. You will be able to hit the city's main attractions with incredible ease.

By Bike
Cycling is a fun way of exploring any city and Melbourne is no different. With plenty of bike lanes, cycling is a superb way of seeing the city. Always wear a helmet as they are required by law. If you are intending to cycle at night you should have lights and reflective clothing.

The weather in Melbourne, Victoria is particularly mild all year round. Australia's summer season is from December to February. During these months the weather remains sunny, with a light sea breeze. The average temperature is 25.5°C, while at times you can experience temperatures exceeding 40°C.

In the winter months (June to August), Melbourne experiences some of Australia's coldest weather with some nights producing frost. Snow doesn't fall in the city itself, but occasionally the outlying hills receive a light snowfall. The average daily temperature during winter is 14°C, and it can fall below 4°C.